On False Prophets and Scandal 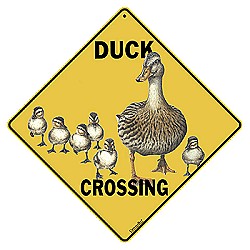 Acquaintances and friends have dropped me recently because they are involved in following false prophets and seers. When I pointed out the errors, I was cut off from intimacy and trust on their part. Sadly, this is a result of the sin of scandal. Scandal is caused when one chooses sin which publicly leads others astray. Remember, the devil does not care how people lose their souls. Something could seem like a good and not be so. This is why those of us who are careful concerning seers seek the wisdom and guidance of Holy Mother Church. I pray these people see their errors and begin to meekly obey the Church. It is the closed-mindedness and anger which one meets when trying to help sort out the errors, which is so painful and a mystery to me. The defensiveness must be based on something.

Those creating scandal, which is mortal sin, invite others to sin as well. If a seer or false prophet is engaged in spreading doctrinal errors, this activity is inviting others to sin against truth. After being told
that something is wrong doctrinally, or that the Church has condemned or warned against a seer, a person who persists in following that person either by supporting them financially, or visiting their holy places, or going to their talks, is likewise committing a sin of disobedience on top of scandal.

There are divisions to the sin of scandal, as there are to most sins. Here are the divisions from Catholic Encyclopedia online:


(1) Scandal is divided into active and passive. Active scandal is that which has been defined above; passivescandal is the sin which another commits in consequence of active scandal. Passive scandal is called scandal given (scandalum datum), when the act of the scandalizer is of a nature to occasion it; and scandal received (acceptum), when the action of the one who scandalizes is due solely to ignorance or weakness—this isscandal of the weak (infirmorum),—or to malice and evil inclinations—this is pharisaical scandal, which was that of the Pharisees with regard to the words and actions of Christ.


Some Catholics who are weak or ignorant fall under this category. Notice that weakness or ignorance do not take away culpability for sin. This is an important point. And, if one persists in sin, one can see the evil of that decision, especially after being told of the dangers.


The second division is:


(2) Active scandal is direct when he who commits it has the intention of inducing another to sin; such is the sin of one who solicits another to the crime of adultery, theft etc. If one prevails upon another to commit thesin not only because of an advantage or pleasure believed to accrue therefrom but chiefly because of the sin itself, because it is an offence to God or the ruin of a neighbor's soul, direct scandal is called by the expressive name of diabolical scandal. On the other hand scandal is only indirect when without the intention to cause another to fall into sin we say a word or perform a deed which is for him an occasion of sin


It is too easy to lead others astray, especially in our youth, when we have peers who are easily pressured, even TRAD peers, into believing something is not true.


You do so at your own peril.


May I add that earlier in this series, I outlined the way the Church determines the validity of revelations. One can put in "private revelations" in the search bar.


A reminder-a person who is a visionary can be made a Blessed or Venerable without her writings or visions being approved. I know this sounds odd, but it is so. Also, a veneration of a particular statue or devotion to Mary can be approved without the revelations being approved. This happens more than one would think.