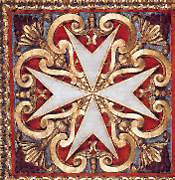 Relativism causes naivete. I have realized that those young people and maybe not so young who make assumptions about the past or the present without study and without a moral view become increasingly relativistic.

The crusades were one subject and Islam was the other being discussed.

That the Catholics fought for freedom is a reality. We have two days in our liturgical calendar which celebrate victories over the old armies of Islam. Some Catholics may not want to be reminded of that truth:September 12th, honors Mary giving Catholics and the West victory at the Battle of Vienna. October 7th, the Feast of the Most Holy Rosary, celebrates Mary intercession at the Battle of Lepanto.

Catholics have views on such things. We have a long tradition of freedom and the realization of a loving Father. We are sons and daughters of a king, not slaves.

The second problem in discussions concerning Islam and the Crusades is that some people want to make the argument personal. That is, because they know one good person who is a moderate Muslim, than all criticisms are not charitable.  Sadly, the moderate Muslims are those who are not practicing their own faith-they may not believe in sharia law. They could be ostracized by some in their own religion.

Relativism deadens the mind and pretends there are no differences in creeds or laws. Relativism is historically blind. The lack of true Catholic and classical education has led to this stage of denial in our cultures in the West.

Let us pray for all involved that their minds may be enlightened and they may desire truth.