Not Just China and India: Sex Selection Abortions Spreading Around the World

Posted on January 9, 2013 by Amy at Elliot Institute

Experts Say Selection Abortions Are Increasing
in the U.S. and Europe

Efforts to expose and combat gendercide and sex-selection abortion have mostly focused on countries such as India and China. But now experts are reporting that this problem is spreading in Europe and the U.S., too. 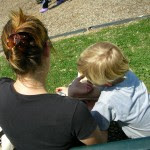 According to a recent article by Elena Ralli at New Europe Online:

According to a recent study by the United Nations Population Fund (UNFPA), in Albania, 112 boys are born for every 100 girls, while in Kosovo and Montenegro the figures stand at 110 and 109 boys per 100 girls respectively. …
In countries like Albania and Macedonia these EU laws [against sex selection abortion] are being ignored since female births keep on decreasing[;] however, women’s rights activists also see a trend towards gender selection in EU member states as well.As a result, Danish media have indicated the existence of “abortion tourism” to Sweden, where terminating a pregnancy is legal until the 18th week. Moreover, studies from Norway and Britain suggest a gender imbalance among immigrants from Asian cultures, especially among second and third children.
In a November 2011 resolution, the Council of Europe voiced its concern over the rising trend of prenatal gender selection. But the EU has no legal say on the matter since abortion law is decided and adopted by individual states alone. As a result, EU cannot press for improvements in candidate nations either.

And in an article at National Review, population control expert Steve Mosher, president of thePopulation Research Institute, offers some shocking information on sex selection abortions in the United States:

[Dr. Sunita Puri],  who practices in the Bay Area, wanted to find out why so many immigrant Indian women in the United States were so eager to find out the sex of their unborn children, and why so many of them choose abortion when they found out they were carrying a girl.
What she discovered over the course of 65 interviews conducted over several years profoundly shocked her. Fully 89 percent of the women carrying girls opted for an abortion, and nearly half had previously aborted girls.
Puri’s report, published in Social Science and Medicine this last April, makes for grim reading. Women told Puri of their guilt over their sex-selection abortions, how they felt that they were unable to “save” their daughters. Even the women who turned out to be carrying boys this time around could not shake their remorse over having earlier aborted daughters in this deadly game of reproductive roulette.
They also made clear that they were not free actors when it came to reproductive “choice.” Many, when it was learned that they were carrying girls, became the victims of family violence. Some — in an effort to make them miscarry — had been slapped and shoved around by angry husbands and in-laws, or even kicked in the stomach. Others were denied food, water, and rest in order to coerce them into aborting their unwanted girl babies.

Jason Abrevaya of the University of Texas analyzed U.S. birth data and found unusually high boy-birth percentages after 1980 among later children (most notably third and fourth children) born to Chinese and Asian-Indian mothers. Moreover, using maternally linked data from California, he found that Asian-Indian mothers are significantly more likely both to have a terminated pregnancy and to give birth to a son when they have previously only given birth to girls.
Columbia University economists Douglas Almond and Lena Edlund also found clear evidence of sex-selective abortions in what they called “son-biased sex ratios,” that is, a higher ratio of boys to girls than would occur in nature. Looking at the sex ratio at birth among U.S.-born children of Chinese, Korean, and Asian-Indian parents, they found that first-borns showed normal sex ratios at birth. But if the first child was a girl, the sex ratio jumped to 117, and if the first two children were girls, then the sex ratio jumped to 151. That is to say, for every 151 boys, there were only 100 hundred surviving girls. The rest had been eliminated.
This is not just misogyny; it is misogyny that kills.

As Mosher explains, legislation has been introduced in Congress to ban sex- and race-selection abortion in the United States. The Elliot Institute has also developed model legislation that would hold abortion clinics liable for failing to screen for coerced and unwanted abortions in any situation, and to screen women for factors that put them at risk for psychological problems after abortion. Laws based on this legislation have been passed in Nebraska and South Dakota.