Trying to be patient............the missing articles rewritten on persecution.-stages four and five 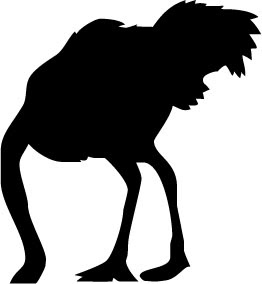 I am presenting these in a backward looking manner. Stages one, two and three are long gone. I shall show stages one and two after four and five.

Step three is in the last post, but I shall recreate one, two, four and five today. I think we are entering into stage four. Here is my link for three on my blog. I wrote that one in January, 2012

Stage Four includes the outlawing of certain activities and the targeting of a group in jobs and positions. I am indebted to several sites for this information, noted at the end of the quotations.

What you have to understand is that the Holocaust did not just happen. Years and years of propaganda and hatred, plus the loss of critical thinking among the German people under Bismarck's changes in education, created a compliant people. Here are a few highlights of article for Stage Four.

In 1933, new German laws forced Jews out of their civil service jobs, university and law court positions, and other areas of public life. In April 1933, laws proclaimed at Nuremberg made Jews second-class citizens. These Nuremberg Laws defined Jews, not by their religion or by how they wanted to identify themselves, but by the religious affiliation of their grandparents. Between 1937 and 1939, new anti-Jewish regulations segregated Jews further and made daily life very difficult for them. Jews could not attend public schools; go to theaters, cinema, or vacation resorts; or reside or even walk in certain sections of German cities.


Also between 1937 and 1939, Jews increasingly were forced from Germany's economic life. The Nazis either seized Jewish businesses and properties outright or forced Jews to sell them at bargain prices. In November 1938, the Nazis organized a riot (pogrom), known as Kristallnacht (the "Night of Broken Glass"). This attack against German and Austrian Jews included the physical destruction of synagogues and Jewish-owned stores, the arrest of Jewish men, the vandalization of homes, and the murder of individuals.
http://www.myjewishlearning.com/history/Modern_History/1914-1948/The_Holocaust/Early_Stages_of_Prosecution.shtml
And from a great site, from talks in 1998 on the stages of persecution of the Jews.
This would be the beginning of stage five.
There were other stories that, despite containing quite chilling information, were treated in a rather perfunctory fashion. For example, in the summer of 1944 the New York Times carried a story concerning the deportation of Jews form Hungary. Significant details were available by this time. The short article, which was appended to another article concerning the evacuation of Hungarian children from Budapest because of bombing campaigns, reported that Jews had been deported from various areas in Hungary and “will arrive in Auschwitz and Birkenau by this weekend” where, if previous schedules are adhered to, they will go “directly to the gassing halls...to expedite matters.” The most striking about this article is, of course, that it is in the future tense. This had not yet happened. It was about to happen.Let me close by citing yet another story from the New York Times. It is, despite its brevity, one of the most powerful I confronted in my research. It was one of the few articles to appear on the front page of this paper. It appeared on April 22, 1943 -- which, we might note, happened to be during the middle days of the Passover festival. It was placed at the top of the page. The headline read: “SECRET POLISH RADIO ASKS AID, CUT OFF.”Stockholm, Sweden April 21: The secret Polish radio appealed for help tonight in a broadcast from Poland and then suddenly the station went dead. The broadcast, as heard here said, the last thirty five thousand Jews in the ghetto at Warsaw have been condemned to execution. Warsaw again is echoing to musketry volleys. The people are murdered. Women and children defend themselves with their naked arms. Save us...”
http://www.ushmm.org/genocide/analysis/details.php?content=1998-12-10-01

After that was chaos and one of the greatest evils witnessed by humankind--the massacre of six million Jews.
To be continued...