The Time of The Eucharist 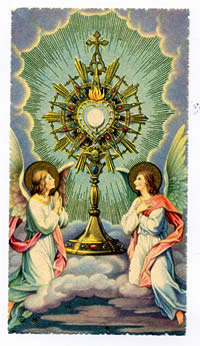 St. Catherine of Siena had amazing visions at Mass. And, I am hearing of more and more people who have had visions of Christ when they attend Mass or Adoration.

This is the Time of the Eucharist.  Many can get to Mass not only on Sunday, but during the week. Many can attend Benediction. Some can sign up for Adoration.

The Time of the Eucharist is a time of peace and great blessing. But, this time will not last long.

The reality of the coming dire shortage of priests across Europe and America had not yet impacted the lives of most Catholics, but it will.

Again, from statistics gathered in 2010, the number of Catholics in the world is about 1.1 billion. The number of seminarians in all the major seminaries of the world is 118,990 approximately.

Do the maths. Today, you and I have the generosity of God Who has given us His Son in the Eucharist. Tomorrow, next week, next month, a year, two years, this may not be the case. 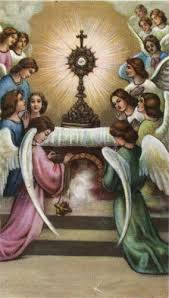 In England already, many parishes in certain areas do not have daily Mass.

This is also true for some places in North America, both in Canada and in the States.

Too often those city-folks who have access to multiple Masses a day forget that a great number of Catholics in the world live outside of cities. 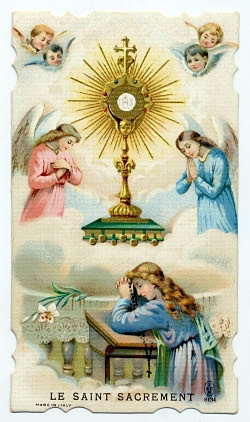 This is the Time of the Eucharist. Take advantage of the great love God gives us through the Body and Blood of His Son.