Perfection is Sacrifice: Doctor of the Church Series, Part 220 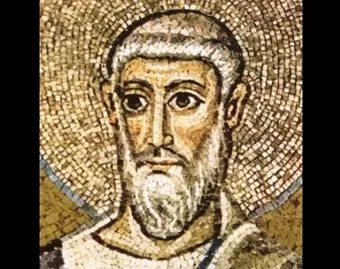 From St. Peter Chrysologus, Doctor of the Church. For tomorrow's feast day.

Listen now to what the Apostle urges us to do: I appeal to you, he says, to present your bodies as a living sacrifice.
By this exhortation of his, Paul has raised all men to priestly status.
How marvellous is the priesthood of the Christian, for he is both the victim that is offered on his own behalf, and the priest who makes the offering.
He does not need to go beyond himself to seek what he is to immolate to God: with himself and in himself he brings the sacrifice he is to offer God for himself.
The victim remains and the priest remains, always one and the same.
Immolated, the victim still lives: the priest who immolates cannot kill.
Truly it is an amazing sacrifice in which a body is offered without being slain and blood is offered without being shed.
The Apostle says: I appeal to you by the mercy of God to present your bodies as a living sacrifice.
Brethren, this sacrifice follows the pattern of Christ’s sacrifice by which he gave his body as a living immolation for the life of the world.
He really made his body a living sacrifice, because, though slain, he continues to live.
In such a victim death receives its ransom, but the victim remains alive.
Death itself suffers the punishment.
This is why death for the martyrs is actually a birth, and their end a beginning.