We shall be judged on junk 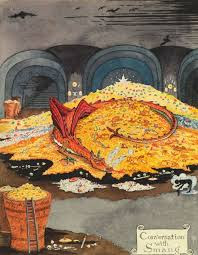 In the past eight months, I have been in many American houses. One thing which has struck me here, coming from being in Europe for three years, is the amount of "stuff" people collect in their houses. Most of those people lived through the depression and are afraid to not have things. Some are afraid of death, and think that things will keep them from facing the inevitable. Some  find solace in things because they were poor as children.

Attics, basements, spare rooms, and even living spaces are full of small decorations, too many dishes and glasses, nick-nacks and even too much art.

Americans seem to want to collect stuff beyond what they need and beyond what is attractive.

We shall be judged on junk

Millions of people in the world and in the USA go to sleep hungry daily and Americans still buy nonsense daily.

I do not want to be judged on how much stuff I bought and did not use, or bought and stuffed in closets and attics.

God forgive us for greed, for that is the sin behind stuff.

William Morris, in The Beauty of Life (1880) said, "If you want a golden rule that will fit everybody, this is it: Have nothing in your houses that you do not know to be useful, or believe to be beautiful."