Again, A Warning to Catholic Parents

Posted by Supertradmum
Do not let or encourage your sons and daughters to have any college debt. It would be better for them to go to the local community college, (some of which have superb teachers), than get into debt.

This is a repeat of something I put on the blog a long time ago, a long time ago. Those debts will be the direct cause of enforced labor or military work for the government when the economy collapses.

I have heard people say that they do not care if they get into debt as there will be a collapse anyway. This is a deceitful and non-Christian view of good stewardship.

One should live within one's means. I learned this the hard way and God corrected me years ago. I had to sell my beloved house rather than not pay the mortgage when I lost a job. I had to throw away and not use credit cards. This is a good discipline. I left the madness of debt. Simple living is possible and one can do it with God's help.

But, for the youth, this situation of debt may be used as a sword over their heads. Do this....or pay up...

Debtor's prisons may not be seen again, but governments have other ways of making people pay debt. Although, people could go to jail for contempt of court for not paying loans, credit cards and so on.

America had debtor's prison, which although federally abolished in 1832, lasted in some states until 1849. 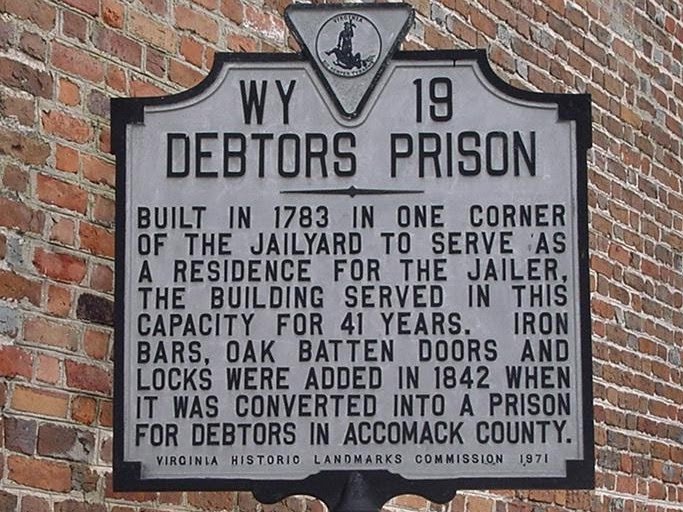 I distinctly remember a speech by Obama when he was running for president the first time in which he said he supported a draft. It was in September of 2008 when he gave a speech referring to this.

I wish I had kept the transcript. What if any president said that a youth's college debt would be forgiven for so many years of military service?

And, I thank those readers who helped a poor seminarian get out of a small debt. He is debt free.