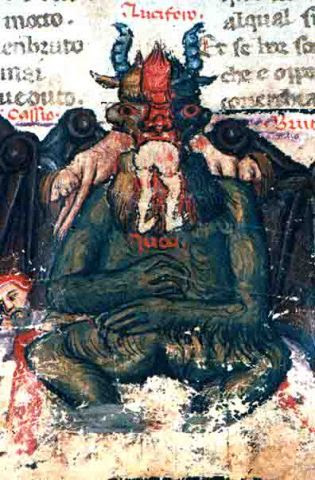 Thanks to a reader who sent this story--The British papers reported last week that ouija boards were the in present this Christmas. Most articles make fun of the ouija board and deny any spiritual connection.

As someone who has a close friend who was an exorcist for almost forty years and is now retired, I can tell you that he and others, such as Father Chad Ripperger, know from experience that the ouija board is a door to hell.

I have written on this before here..

14 May 2014
Someone had brought an Ouija board and set it up during "relaxation" time. A small group started to play with it. This was in the late sixties, and no one seemed to be familiar with this board, and some were curious. Thankfully ...
http://supertradmum-etheldredasplace.blogspot.com/
Etheldredasplace: Yet another blog on doors to the demonic
21 May 2014
The first one is obvious-the Ouija board. This is a direct door to the occult. So is Dungeons and Dragons and World of Warcraft. Demons are chained to particular elements and symbols and when the door is open, they enter ...
http://supertradmum-etheldredasplace.blogspot.com/
Etheldredasplace: For Parents Who Still May Not Be Listening
29 Nov 2013
I was one line and I saw a pink Ouija board for little girls for sale. I was astounded. The other things I saw were Harry Potter games and Twilight paraphernalia in a toy section of a drug store near things for little girls, like Hello ...
http://supertradmum-etheldredasplace.blogspot.com/

Why these are popular for gifts on the day that Christ, who conquered sin and death, came to us as a baby defies the imagination. Sadly, the secular world scorns any association with demons as psychological influences. Sorry, not true, and an indication of the lack of discernment...the first article's author thinks people are trying to contact the dead. It is not the dead, but damned spirits people contact.

Here are snippets from some newspapers.

Ouija boards are flying themselves off shelves and under trees this Christmas, according to trends data released by Google. The company has recorded a 300 per cent increase in searches for the spirit-bothering devices, fuelled by a terrible movie that was effectively a feature-length ad for a board game, an appearance on The Archers, and the Victorian belief that if the dead could speak, they would use a plank of a wood and the alphabet.

If you have time, listen to the series on spiritual warfare on Fr. Ripperger's website.

Those people who made the movie may be responsible for the demonic obsession, oppression or even possession of souls. This type of movie is not "neutral", as there is no neutrality in the spiritual world.

And, from an exorcist:

Surveys show that the majority of Protestant theologians and roughly 40 percent of Catholic theologians believe that the devil is a figment of the imagination, Msgr. Mottet said. They fail to see that satanic influences — such as satanic cults, Ouija boards and other occult games – are having a devastating impact on young people, the priest said. Break-down of the family and societal mores serve as an invitation to Satan entering people’s lives, he believes.

and even some Church of England ministers know the danger....

Remember, satan wants you to join him for all eternity in hell and he does not care how you get there.