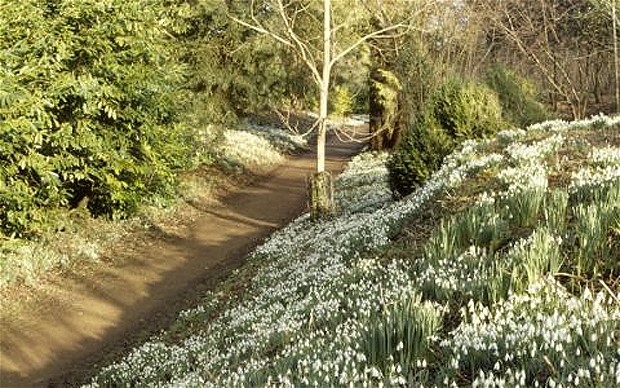 Speaking with a "low-church Protestant", who belongs to a congregation which does not believe in infant baptism, I could not convince him of the efficacy of grace nor the fact that we do not need to understand the complexities of sacramental theology in order to receive grace.

The parents in his denomination "dedicate" their children to God when these children are babies, but they do not baptize them.

So, the children have no infused virtues, no sanctifying grace, are thralls of sin and slaves of Satan, living in darkness, and not members of the Church, which all people are who are baptized.

Baptism is, also, obligatory, according to the words of Christ Himself, not an option put off until adolescence or adulthood, for membership of the Church.

If these good Protestants actually studied the Early Church Fathers, the Doctors of the Church, they would see a long line of references to infant baptism. In fact, it is a heresy to deny baptism to babies, as noted in the Council of Mileum I and one is excommunicated if one holds this belief. One may find more references here.

Sadly, too many Catholics are delaying baptism and are in great error.


"...says that infants fresh from their mothers’ wombs ought not to be baptized, or say that they are indeed baptized unto the remission of sins, but that they draw nothing of the original sin of Adam, which is expiated in the bath of regeneration . . . let him be anathema. Since what the Apostle says, ‘Through one man sin entered into the world, and death through sin, and so passed to all men, in whom all have sinned’ [Rom. 5:12], must not be understood otherwise than the Catholic Church spread everywhere has always understood it. For on account of this rule of faith even infants, who in themselves thus far have not been able to commit any sin, are therefore truly baptized unto the remission of sins, so that that which they have contracted from generation may be cleansed in them by regeneration" (Canon 3 written in 416).

Such luminaries as Irenaeus, Augustine, Gregory Nazaranzus, Cyril of Alexandria, and John Chrystostom refer to infant baptism, among others. Here is only one quotation from St. Irenaeus from the Second Century of the Church.

"He [Jesus] came to save all through himself; all, I say, who through him are reborn in God: infants, and children, and youths, and old men. Therefore he passed through every age, becoming an infant for infants, sanctifying infants; a child for children, sanctifying those who are of that age . . . [so that] he might be the perfect teacher in all things, perfect not only in respect to the setting forth of truth, perfect also in respect to relative age" (Against Heresies 2:22:4 written in 189).
Children are not born innocent of sin, as they all have inherited Original Sin. To try and explain this to some Protestants seems very difficult.

They do not understand that baptism "marks" the soul, giving a character which those who are not baptized do not have. One is joined with Christ in baptism, and one will, if one stays in grace and does not commit mortal sin, (without confession), go to heaven "seeing", being with the Beatific Vision.
One of the greatest problems now in Western culture are the number of unbaptized people, adults as well as children, who are not living in grace, who have not received the virtues, and who are prey to Satan, as they have no spiritual protection.
A priest mentioned this in a talk I heard recently. Parents who are baptized and do not have their children baptized have not taken their children into light, and those children, still in darkness, have no recourse against all the great evils of the world.
more posts below on baptism
Etheldredasplace: On Baptism, Again
12 Dec 2014
Whenever I teach anything, I include Baptism, and Catholics are always shocked. I start the retreats I facilitate with a catechesis about Baptism and renewal of Baptismal promises, and an act of belief/acceptance/trust in the ...
http://supertradmum-etheldredasplace.blogspot.com/
Etheldredasplace: Review, reposts, revisiting baptism
06 Mar 2015
Review, reposts, revisiting baptism. Posted by Supertradmum. Here....http://guildofblessedtitus.blogspot.com/ · Email ThisBlogThis!Share to TwitterShare to FacebookShare to Pinterest. Labels: baptism, magical thinking ...
http://supertradmum-etheldredasplace.blogspot.com/
Etheldredasplace: On The Extraordinary Form of Baptism
22 Sep 2014
The newer rite tends to emphasize becoming a part in the body of Christ, which is fine and good, but it is at the expense of the reality that baptism is our rebirth in water and spirit which is necessary as the Gospels tell us.
http://supertradmum-etheldredasplace.blogspot.com/
Etheldredasplace: On Baptism again and again and again.....
06 May 2012
Pelagius supposedly said, and his ideas were condemned soundly at the Council of Carthage in 418, that humans could merit heaven and gain salvation without baptism. His emphasis was on human will power choosing ...
http://supertradmum-etheldredasplace.blogspot.com/