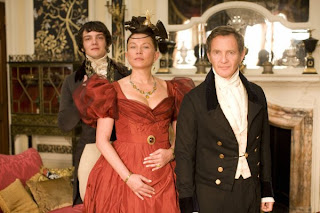 To be a Catholic in the West from now on is going to be tricky. The teachings of the one, holy, Catholic, universal, and apostolic Church come more and more into conflict with man-made laws, which have no relation to natural law.

Religious peoples of all Christian denominations are becoming minorities in most European and even, perhaps, in North and South American countries. Many people who claim to be Christian and many who claim to be Catholic no longer practice through weekly worship or by following the Ten Commandments. Too many Christians disagree with traditional teachings on ssm, fornication, contraception and so on.

One of the things told to some of us Catholics is not to cause trouble. But, we do, not by what we say, (unless one is a prolific blogger), but by who we are.

The mark of our baptisms, if we live out our baptismal faith, will be seen in the world. We are different. We are "marked".

To pretend otherwise is to deny our baptismal promises and to deny the graces of confirmation.

We do not mean to cause trouble, but because we are following the command to "be perfect, even as your heavenly Father is perfect", we shall increasingly clash with those who support the four sins which cry out to God for vengeance.

The middle ground of mediocrity is disappearing and the good will become better and the bad will become worse. Such is the nature of choices.

Pray for those still caught up in the lies that Society is more important than God. 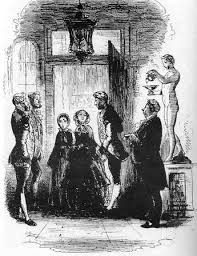 Two quotes from Mrs. Merdle, the expert on Society:


‘Mrs Merdle,’ said Fanny. ‘My sister, ma’am.’
‘I am glad to see your sister, Miss Dorrit. I did not remember that you had a sister.’
‘I did not mention that I had,’ said Fanny.
‘Ah!’ Mrs Merdle curled the little finger of her left hand as who should say, ‘I have caught you. I know you didn’t!’ All her action was usually with her left hand because her hands were not a pair; and left being much the whiter and plumper of the two. Then she added: ‘Sit down,’ and composed herself voluptuously, in a nest of crimson and gold cushions, on an ottoman near the parrot.
‘Also professional?’ said Mrs Merdle, looking at Little Dorrit through an eye-glass.
Fanny answered No. ‘No,’ said Mrs Merdle, dropping her glass. ‘Has not a professional air. Very pleasant; but not professional.’
‘My sister, ma’am,’ said Fanny, in whom there was a singular mixture of deference and hardihood, ‘has been asking me to tell her, as between sisters, how I came to have the honour of knowing you. And as I had engaged to call upon you once more, I thought I might take the liberty of bringing her with me, when perhaps you would tell her. I wish her to know, and perhaps you will tell her?’ ‘Do you think, at your sister’s age —’ hinted Mrs Merdle.
‘She is much older than she looks,’ said Fanny; ‘almost as old as I am.’
‘Society,’ said Mrs Merdle, with another curve of her little finger, ‘is so difficult to explain to young persons (indeed is so difficult to explain to most persons), that I am glad to hear that.
I wish Society was not so arbitrary, I wish it was not so exacting — Bird, be quiet!’
The parrot had given a most piercing shriek, as if its name were Society and it asserted its right to its exactions.
‘But,’ resumed Mrs Merdle, ‘we must take it as we find it. We know it is hollow and conventional and worldly and very shocking, but unless we are Savages in the Tropical seas (I should have been charmed to be one myself — most delightful life and perfect climate, I am told), we must consult it. It is the common lot. Mr Merdle is a most extensive merchant, his transactions are on the vastest scale, his wealth and influence are very great, but even he — Bird, be quiet!’ 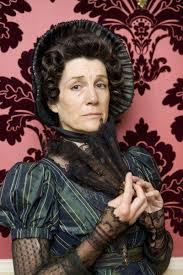 
'My dear, it is not to be disputed for a moment,' returned Mrs Merdle; 'because Society has made up its mind on the subject, and there is nothing more to be said. If we were in a more primitive state, if we lived under roofs of leaves, and kept cows and sheep and creatures instead of banker's accounts (which would be delicious; my dear, I am pastoral to a degree, by nature), well and good. But we don't live under leaves, and keep cows and sheep and creatures. I perfectly exhaust myself sometimes, in pointing out the distinction to Edmund Sparkler.'