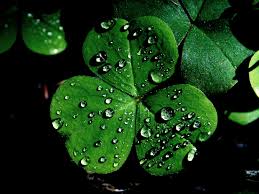 A wise priest told me that the loss of Catholicism in Ireland started over 70 years ago. He was the first priest to be honest about the fact that the pro-abortion, pro-contraception Catholics are not post-Vatican II.

The problem came with the great influence of socialism and Marxism in the new Republican government. The problem as came in with very poor catechesis and the bad seminary training years ago.

The fact is, said this wise priest, that people never moved from a childhood religion to an adult appropriation of the Faith.

This priest said that the scandals were not the cause of the falling off, but the lack of Faith which preceded these.

The weak clergy is part of the lavender mafia. The sexual sins of the clergy and the people, including the acceptance of fornication, divorce, and contraception caused the present weakness.

Do not kid yourselves. Countries, nations take awhile to fall-one thing can cause the final tumble, but the problem is old, very old.

No one in the government who voted for abortion is being denied Communion.

Thank you, Father, for clarifying this issue.