From Today 's Office of Readings 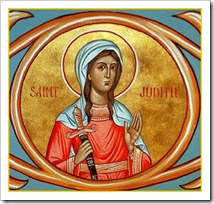 25 Were destroyed by the destroyer, and perished by serpents.

26 As for us therefore let us not revenge ourselves for these things which we suffer.

27 But esteeming these very punishments to be less than our sins deserve, let us believe that these scourges of the Lord, with which like servants we are chastised, have happened for our amendment, and not for our destruction.

People ask me, "Why do we have to live in these hard times?"

Now, as a Boomer, I have parents who lived through World War II. My dad is a veteran of the Battle of the Bulge. That war created extremely hard times.

For awhile, we all witnessed, at least in the West, times of peace, despite the Cold War and various smaller wars here and there. But, the sins of abortion, euthanasia, and sodomy cry out to a God, Who is Purity and Innocence Himself, as seen in Christ, as well as shared attributes in the Trinity.

This Holy God sends trials, such as the serpents in the desert, whose bites were healed through the intercession of Moses, a sign revealing the coming Savior Who would save us from sin through His Passion and Death.

9 Moses therefore made a brazen serpent, and set it up for a sign: which when they that were bitten looked upon, they were healed.

Christians suffer as well as those who live in sin and turn away from God. But, we, too, need to be punished in order to see our sins, know ourselves, and come to God in humility.

If one accepts suffering as deserved, which it is, these times become days of grace, not merely hard times.