Here  lies the crux of the problem of a solution. And I choose bullet points to cover this serious problem.

170. Some strategies for lowering pollutant gas emissions call for the internationalization of environmental costs, which would risk imposing on countries with fewer resources burdensome commitments to reducing emissions comparable to those of the more industrialized countries. Imposing such measures penalizes those countries most in need of development. A further injustice is perpetrated under the guise of protecting the environment. Here also, the poor end up paying the price. Furthermore, since the effects of climate change will be felt for a long time to come, even if stringent measures are taken now, some countries with scarce resources will require assistance in adapting to the effects already being produced, which affect their economies. In this context, there is a need for common and differentiated responsibilities. As the bishops of Bolivia have stated, “the countries which have benefited from a high degree of industrialization, at the cost of enormous emissions of greenhouse gases, have a greater responsibility for providing a solution to the problems they have caused”.[127]

This section below reveals a wisdom and sense of reality about false environmental solutions. Ploy is an appropriate word here. I wish the Pope would identify more "ploys".

171. The strategy of buying and selling “carbon credits” can lead to a new form of speculation which would not help reduce the emission of polluting gases worldwide. This system seems to provide a quick and easy solution under the guise of a certain commitment to the environment, but in no way does it allow for the radical change which present circumstances require. Rather, it may simply become a ploy which permits maintaining the excessive consumption of some countries and sectors.

172. For poor countries, the priorities must be to eliminate extreme poverty and to promote the social development of their people. At the same time, they need to acknowledge the scandalous level of consumption in some privileged sectors of their population and to combat corruption more effectively. They are likewise bound to develop less polluting forms of energy production, but to do so they require the help of countries which have experienced great growth at the cost of the ongoing pollution of the planet. Taking advantage of abundant solar energy will require the establishment of mechanisms and subsidies which allow developing countries access to technology transfer, technical assistance and financial resources, but in a way which respects their concrete situations, since “the compatibility of [infrastructures] with the context for which they have been designed is not always adequately assessed”.[128] The costs of this would be low, compared to the risks of climate change. In any event, these are primarily ethical decisions, rooted in solidarity between all peoples.

But, to be fair to Francis, he is merely stating Benedict's own views here. Let us be honest about this.

As Benedict XVI has affirmed in continuity with the social teaching of the Church: “To manage the global economy; to revive economies hit by the crisis; to avoid any deterioration of the present crisis and the greater imbalances that would result; to bring about integral and timely disarmament, food security and peace; to guarantee the protection of the environment and to regulate migration: for all this, there is urgent need of a true world political authority, as my predecessor Blessed John XXIII indicated some years ago”.[129] Diplomacy also takes on new importance in the work of developing international strategies which can anticipate serious problems affecting us all.

St. John Paul II's "true world political authority" does not exist, except in Christendom, long gone. If the Catholic Church had the leadership necessary to again influence global interests, one could trust such efforts. But, as it is, the Church has been weakened by false ideologies of socialism and communism, as well as the practical relativism mentioned by Francis above.

Neither St. John Paul II or the Pope Emeritus could control the special interests in the Vatican. (cf. Malachi Martin, E. Michael Jones and others). It seems like Francis has fallen into the same level of ineffectiveness in controlling those who are not having the best interests of the Catholic Church in mind-those who hate the ideal of Christendom-the false ecumenism we see in the Synod, and the practical relativism of some Catholics in high places, even here in the US.

Until there are saints who can lead us back to earthly reality as seen through the eyes of Christ, and not a false millennialism, these arguments remain incomplete at best, and naive. 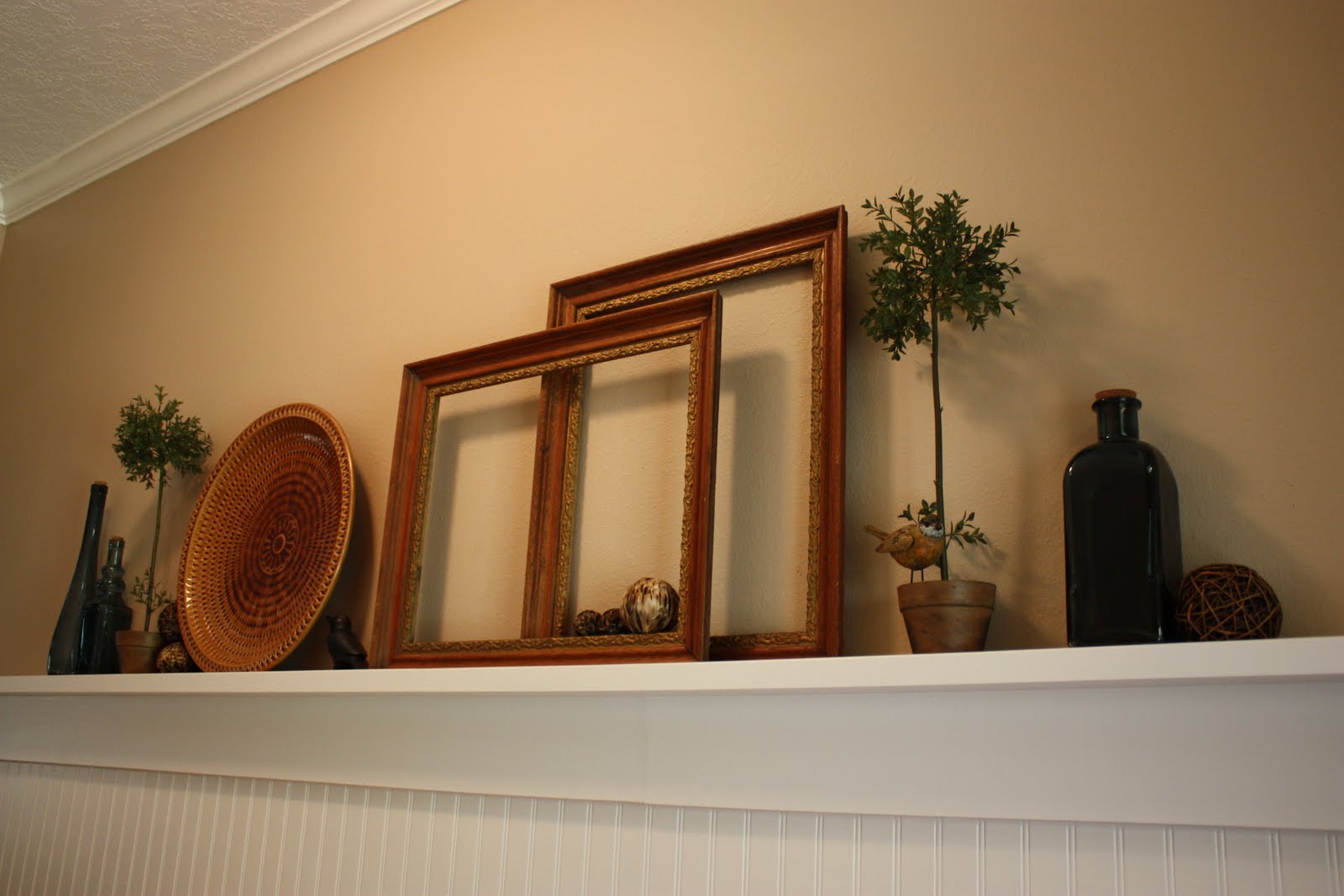 I wonder if this next paragraph which I have selected here reflects Benedict, or is a development of those influences described above?

177. Given the real potential for a misuse of human abilities, individual states can no longer ignore their responsibility for planning, coordination, oversight and enforcement within their respective borders. How can a society plan and protect its future amid constantly developing technological innovations? One authoritative source of oversight and coordination is the law, which lays down rules for admissible conduct in the light of the common good. The limits which a healthy, mature and sovereign society must impose are those related to foresight and security, regulatory norms, timely enforcement, the elimination of corruption, effective responses to undesired side-effects of production processes, and appropriate intervention where potential or uncertain risks are involved. There is a growing jurisprudence dealing with the reduction of pollution by business activities. But political and institutional frameworks do not exist simply to avoid bad practice, but also to promote best practice, to stimulate creativity in seeking new solutions and to encourage individual or group initiatives.

This paragraph below is good but limited, as international groups, such as the ones listed by me above, and others not listed, fall into power politics are well as national interests.

178. A politics concerned with immediate results, supported by consumerist sectors of the population, is driven to produce short-term growth. In response to electoral interests, governments are reluctant to upset the public with measures which could affect the level of consumption or create risks for foreign investment. The myopia of power politics delays the inclusion of a far-sighted environmental agenda within the overall agenda of governments. Thus we forget that “time is greater than space”,[130] that we are always more effective when we generate processes rather than holding on to positions of power. True statecraft is manifest when, in difficult times, we uphold high principles and think of the long-term common good. Political powers do not find it easy to assume this duty in the work of nation-building.

But, these following paragraphs seem to contradict those above--YES! Let local governments, even very small ones decide on programs and policies to meet local needs. But, what must come first is the missing moral framework--Catholic stewardship based on natural law and Revelation, as well as Tradition.

179. In some places, cooperatives are being developed to exploit renewable sources of energy which ensure local self-sufficiency and even the sale of surplus energy. This simple example shows that, while the existing world order proves powerless to assume its responsibilities, local individuals and groups can make a real difference. They are able to instil a greater sense of responsibility, a strong sense of community, a readiness to protect others, a spirit of creativity and a deep love for the land. They are also concerned about what they will eventually leave to their children and grandchildren. These values are deeply rooted in indigenous peoples. Because the enforcement of laws is at times inadequate due to corruption, public pressure has to be exerted in order to bring about decisive political action. Society, through non-governmental organizations and intermediate groups, must put pressure on governments to develop more rigorous regulations, procedures and controls. Unless citizens control political power – national, regional and municipal – it will not be possible to control damage to the environment. Local legislation can be more effective, too, if agreements exist between neighbouring communities to support the same environmental policies.


180. There are no uniform recipes, because each country or region has its own problems and limitations. It is also true that political realism may call for transitional measures and technologies, so long as these are accompanied by the gradual framing and acceptance of binding commitments. At the same time, on the national and local levels, much still needs to be done, such as promoting ways of conserving energy. These would include favouring forms of industrial production with maximum energy efficiency and diminished use of raw materials, removing from the market products which are less energy efficient or more polluting, improving transport systems, and encouraging the construction and repair of buildings aimed at reducing their energy consumption and levels of pollution. Political activity on the local level could also be directed to modifying consumption, developing an economy of waste disposal and recycling, protecting certain species and planning a diversified agriculture and the rotation of crops. Agriculture in poorer regions can be improved through investment in rural infrastructures, a better organization of local or national markets, systems of irrigation, and the development of techniques of sustainable agriculture. New forms of cooperation and community organization can be encouraged in order to defend the interests of small producers and preserve local ecosystems from destruction. Truly, much can be done!